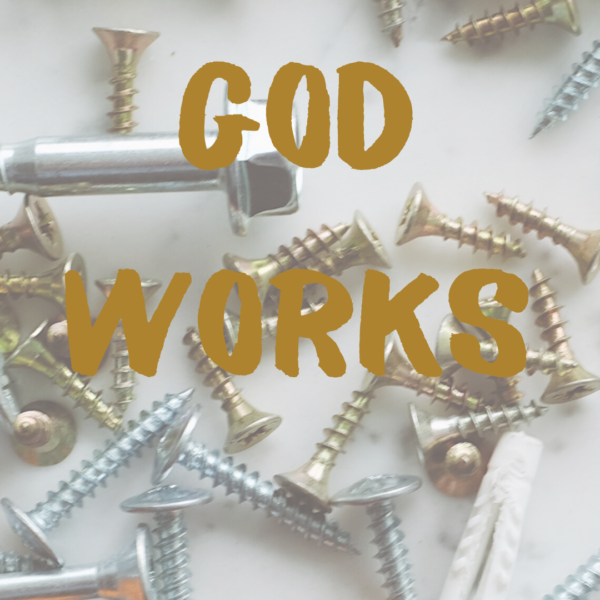 Your life may be on the verge of ruin if God don’t intervene. There’s no dilemma too hard for Him! No case too difficult for Him to work out! Things may keep happening. Keep believing when everything within you wants to resort to disbelief in Him. From everlasting to everlasting He is God, Psalms 90:2. Therefore, for as long as you live, He will be working for you!

Some of what’s trending in the news world today fall under racial discrimination. Christians and non Christians are victims of racial profiling, discrimination, sexual harassment, and other factors prohibited in the workplace by Title VII Civil Rights Act of 1964. Those of us who are born again Believers may or may not have experienced workplace discrimination, but a good portion of our personal dilemmas are either the works of our own hands or close relatives or acquaintances. Truth is, some of our problems/issues are self-made. We create problems for ourselves then lodge accusatory complaints against God as if He’s biased and/or unfair. We eat wrong, get into bad relationships, do the wrong thing physically, and so on. Things began happening and we complain to Him. We complain about Him. The essence of our complaints? We’ve been discriminated by God.

They’re unofficial and invalid complaints, of course, but we really do believe He’s mistreating us. Our new perception of Him is due to a constant flow of difficult problems likely brought on by us. We believe God could have stopped them or should have intervened. He didn’t. The conclusion of the matter, “Life is unfair” because of God.

Another circle of folks, in a different setting, who experience unfair treatment, but outside of the workplace, Christians and non Christians, are those who, at some point in time, experience harassment in the home because of a physical disability. They’re treated badly because of it.

Some women have been mistreated by a male acquaintance who used his manly strength against her due to her gender. He harassed and physically abused her because he physically could (sex discrimination/sexual harassment).

These examples may not be workplace matters but they are matters of mistreatment based on the same prohibited factors covered by workplace laws. They’re similar issues prevalent in homes, they’re just not called workplace discrimination because of where they occurred. If it’s wrong in the workplace, it’s wrong in the home! It’s wrong in God’s eyes as well. He’s not the author of such things! They’re the works of others, yet God can and will let them work for the good of the one affected by the bad behavior of others. He can and will work them out, too!

No Valid Complaint Against God

Friend, there’s never a valid reason to file complaints against God saying things like, “Life is unfair, or You’re treating me differently than other saints.” Cease complaining to Him because another known saint is not experiencing what you are, or because a non-Christian is faring much better and not experiencing the hell you are. These type of complaints are against God’s intelligence, wisdom, knowledge, His love, and His claim of sovereignty. They accuse God of being less than the loving God He is. Besides, He hears them.

Prior to getting a job at the NPD, I lodged complaints against God…the same complaints as others, “You’re not treating me right. You’re taking too long to bless me.” I prayed for my unemployment season to end. God was not listening, or responding, so I filed a barrage of other complaints against Him. Eventually, I received and accepted a job offer at the NPD. When I started working there, I realized that God had a valid reason for not responding to my prayer request immediately. By the time I started working there, spiritual stability had been BUILT within me that I would need while working there. All the time I was unemployed, He was working (BUILDING) within me necessary spiritual stability. I learned from that experience, He knows what He’s doing when He close some doors and open others!

God Will Work Complaints & Other Issues

Are you dealing with difficult workplace discriminatory issues? Difficult personal issues? Then you’re entitled to both Title VII and St Matthew 7:7, or one or the other as needed in life. Ask God…He will work your matters out! Ask God for guidance and direction when you lack wisdom to move forward in life. Whether workplace or non work-related, He can and will work for you. Faith without works is dead. Some of your solved situations may have God’s handiwork alone. Others may have God’s work in conjunction with systems in place, or via the intervention of others. Let God lead you…His leadership is His work, too, on your behalf.

You’ve read my story! There’s another story you should read…the story of Esther. I promise you, it’s an awesome story that confirms God WORKs! God worked for Esther, Mordecai, and the Jews. It’s a short book of 10 chapters. Every chapter displays the handiwork of God though He’s not mentioned in any of the chapters. The book will bless your intellect!